2019 was a great year for photography. Many of the goals that I set I was able to meet along with many unexpected moments, second chances, and the opportunity to travel not only within Alaska but also to Mexico. There was plenty of memorable moments both in my solo adventures and also when I was with friends. I wanted to share a few of my favorite photos and moments from the past year and the stories that go along with them. I absolutely love being out in nature, chasing birds and wildlife. There’s truly nothing like being outdoors in God’s beautiful creation, admiring His handiwork. I feel so alive when I’m in my element. It’s easy to get caught up in trying to get that next great shot, but it’s important to take a moment, stop and take a breath, and pause long enough to hear the birds singing, the creek gurgling, and the breeze as it weaves its way through the leaves.

I was at the Kachemak Bay Shorebird Festival in Homer, Alaska in early May. I went out for the last few hours of sunlight one evening to a small marshy area at Beluga Lake which provided some nice sunset light. The many varieties of ducks present were active which provided me with some nice opportunities to try some backlit techniques. This was my first time getting to photograph the Blue-winged teal and this drake was dressed in his breeding finest.

I was out in search of moose this past fall when I stumbled upon this Coyote. When I found it, it was laying down asleep in a small opening in some Hemlocks. It lifted its head and looked at me upon my approach and I quickly but carefully got down on the ground. I didn’t want to appear as a threat, and I generally like a more ground-level shot when I can get it and it makes sense. It did in this case. This coyote didn’t seem to mind my presence as it did a series of stretches and walked around a bit, looking my direction often, wandering no doubt, why this man was laying on the ground not too far away. I even had time to switch lenses and put on my bigger lens for a bit closer shot. I love a cooperative subject. This was a welcome surprise that day and I was thrilled to photograph my first Coyote.

This Common Loon was photographed at sunrise on a local lake this past summer. This is one of a pair that calls this lake home each summer. I had several opportunities to photograph these incredible birds during a couple mornings that were incredibly similar. The golden light of the morning sun really lit up the fog as this loon began to display. It was a truly magical experience.

I was out chasing moose in the high country of South-central, Alaska during the fall rut. I had hiked up and this was one of the first moose I saw that morning. After following him for a half a mile through the brambles he finally stopped when he found a cow. As is typical with a bull moose during the rut, he did what is called the Flehmen Response where he’s testing the air to gauge her hormone levels. He was a gorgeous big bull and I am so thrilled I got to see and photograph him.

Last winter I had the opportunity to photograph a Northern Hawk Owl that showed up in a nearby area for a couple weeks. There was plenty of black spruce in the area and I had in my mind an image of the owl perched on top of the spruce bathed in gorgeous golden backlit light with rim lighting all around the bird. The owl left before I could see that photo realized, but I stored it away for another time and hoped I would get the opportunity to see my vision become reality. A couple weeks ago, I got my chance when another Northern Hawk Owl showed up locally. I spent a good couple of hours with the bird over two different days and to my delight the little raptor gave me several nice shots including the one that I had dreamed about. It flew to a tall spruce tree near a hill overlooking a small marshy area. The morning sun had just peaked past the mountains casting a golden glow on the scene in front of me. I was standing on the hill with the owl between me and the sun giving me the opportunity for a backlit shot with rim lighting around the bird. My favorite. It feels so good to see the image I’ve imagined become reality.

Thank you for taking the time to remember 2018. I am looking forward to 2019 and all the opportunities that will come with it. I am hoping for some new gear this year as well as some new destinations which will provide some great species to photograph. I hope you have a blessed new year. Thanks for all your support.

I’ve collected my top 20 favorite images of 2018 into a collection in the gallery below. I hope you enjoy! 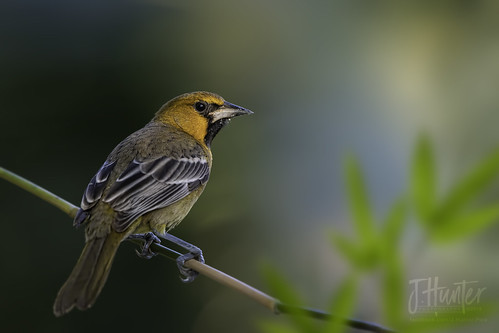